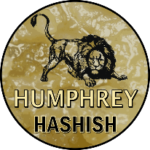 Re-posting a great question from @HikerTrash_lab.

Question: So, as we plan to drop full melt across the state I was curious if you help lend me to what combos or single bags pull the best. Obviously depending on a million variables.

Exactly like you said, it depends. What I do is when I’m pulling from the freeze drier I pull trays and quickly get the hash into parchment lined vac bags. Before I seal I take a small sample of each different micron spectrum. Once my hash is vac sealed and in the freezer. I sit down with the sample and do a gravimetric analysis.

To do so you’ll need a banger, and a milligram scale. First weight the clean banger. Then load the dab into the banger and weight. The difference is the dab weight.

I keep a spread sheet of this data. I personally have found I only like to keep melt above 94% melt.